Will the Ukraine war accelerate US withdrawal from Middle East?

Marco Carnelos
In anticipation of US military disengagement, some regional actors are engaging in dialogue, perhaps finally realising that security is best achieved by finding common ground 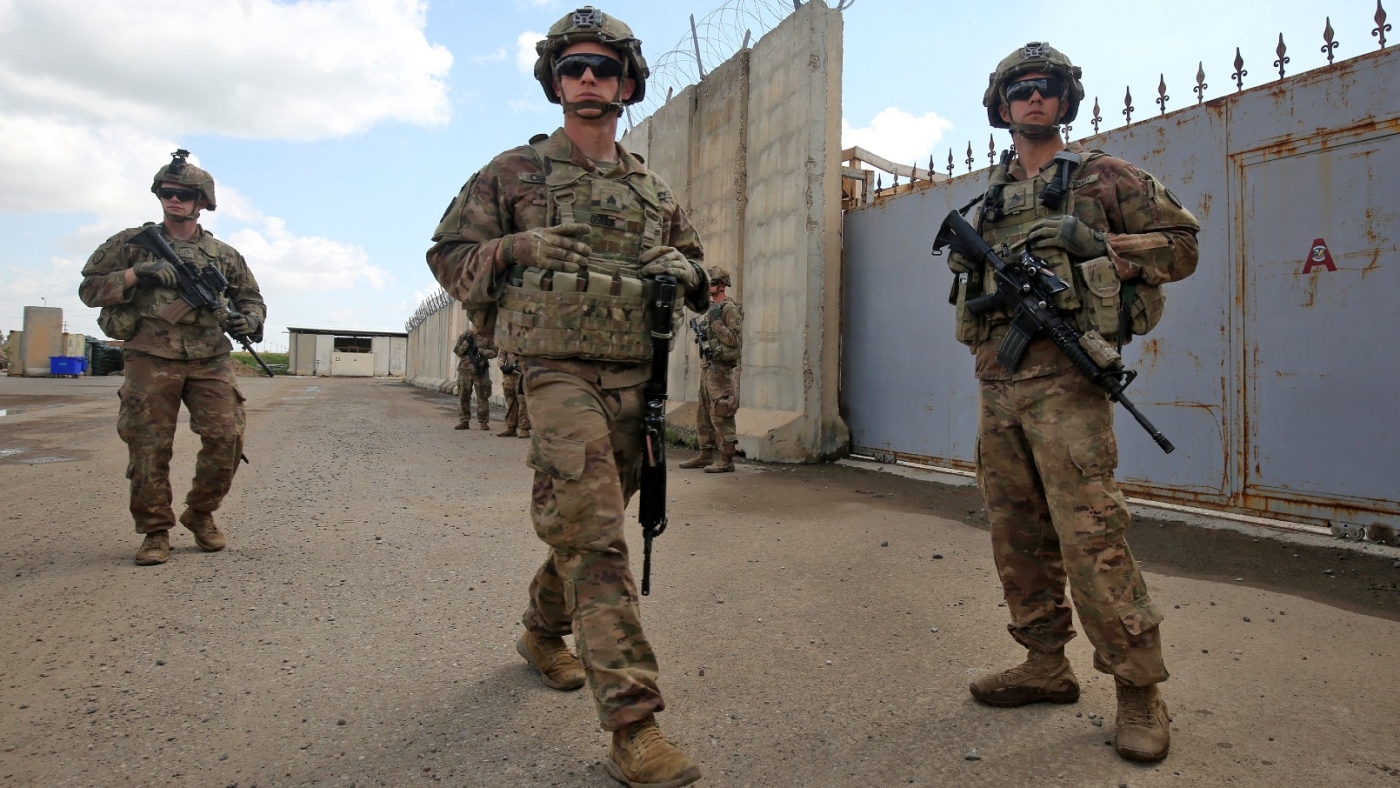 US army soldiers walk around at the K1 Air Base northwest of Kirkuk in northern Iraq before a planned US pullout on 29 March, 2020 (AFP)

As the Russia-Ukraine war approaches its fourth week, there appear to be some unintended consequences of the conflict that could significantly impact the political landscape of the Middle East.

Russia and Ukraine are significant wheat suppliers for some countries of the region, like Egypt. A wheat supply shock could cause unrest in Cairo and other regional capitals.

Oil prices are skyrocketing, and both Saudi Arabia and UAE are resisting US pressure to increase their output to lower the price.

Even the much-awaited Iran nuclear deal (JCPOA), which was in its final stages, could be delayed or even aborted due to the new set of demands set by Russia.

Within such a context, a question that has been nagging for at least a decade appears more and more important: will the US disengage militarily from the Middle East?

In August 2010, US President Barack Obama declared the end of the combat mission in Iraq agreed by his predecessor George W Bush. Obama then reluctantly committed Nato to an intervention in Libya to overthrow Muammar Gaddafi. He feigned a light footprint by, as he put it, "leading from behind". In 2013, he declined to consign Syria's President Bashar al-Assad to the same fate.

Of course, Obama could not avoid confronting the Islamic State (IS) group when it was on the brink of assuming control of Iraq and Syria, but, again, he did the minimum - providing training and close air support to Iraqi armed forces and Syrian Kurdish militias.

The Abraham accords outline a possible pattern: the US is outsourcing to some Gulf states the role of bankrolling Israel, while the latter will replace the US in shielding them

Ultimately, his administration was more interested in pivoting to Asia than fixing the Middle East. The exception to that rule was the 2015 nuclear deal with Iran.

In 2019, President Donald Trump tried to pull US troops out of Syria but failed. He met with staunch opposition from Washington’s foreign and security policy establishment (aka the Blob).

President Joe Biden finally completed the withdrawal from Afghanistan agreed by Trump, with disastrous results, and he did this in the name of what is now claimed to be the US’s main security challenge in the 21st century: China.

Washington is indeed very concerned by Beijing’s impressive rise. But in this context, the US withdrawing from the Middle East does not make much sense. China became the chief importer of oil from the Persian Gulf 10 years ago, and the area supplies almost half of China’s oil needs.

By 2030, it will be importing 80 percent of its oil, much of which will continue coming from the Middle East. China’s dependence on oil from a region the US is keen to leave raises many questions, because by staying there, Washington could apply a significant amount of leverage over its main global rival.

In a sound and rational strategic environment, China should be keener to commit to the Middle East than the US is to leave it. But for at least three decades, there has not been much evidence of sound strategic thinking in Washington.

There is a looming fear among America’s allies in the area that the US defeat in Central Asia’s Great Game may be followed by its withdrawal from the Middle East. The reassurances that the US Secretary of Defence Lloyd Austin provided last November during the region’s most important security forum, the Manama Dialogue conference in Bahrain, have not dispelled these doubts. 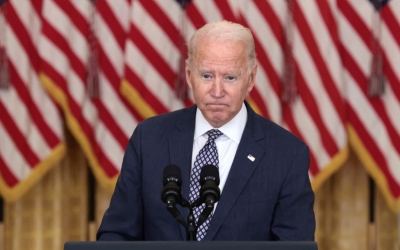 Topping the concerns about a US withdrawal is the power vacuum that would be left, and the chances that Iran, Russia and China could fill it.

This might partially explain why a few Arab states rushed to sign the so-called Abraham Accords, normalising diplomatic relations with Israel - which from this point of view is seen as the most effective military power in the region. The accords outline a possible pattern: the US is outsourcing to some Gulf states the role of bankrolling Israel, while the latter will progressively replace the US in shielding them.

It is too early to say if this pattern will turn out to be accurate or whether, above all, if it would be enough to assuage the fears of those who signed the accords.

Nevertheless, it could be premature, to say the least, to place all bets on a US disengagement. Washington could simply be engaged in redeployment - a less traumatic act. After all, Washington’s Blob has herd immunity from innovative thinking, and there is a high chance that it would adamantly continue to believe that withdrawal would be an unacceptable sign of weakness. To the Blob, it does not matter how damaging extended troop deployments have been to US credibility.

Looking then at the regional strategic landscape, the conflict in Yemen could still have an unfavourable outcome for Saudi Arabia and the United Arab Emirates. Lebanon could at any moment precipitate into complete chaos, where the only military force capable of assuming control of the country would be Hezbollah.

Assad’s government is slowly consolidating its control over Syria, and Iraq, irrespective of election results and Muqtada al-Sadr’s intentions, will not easily rid itself of Iranian influence.

If only a few of these scenarios became reality, the anxiety of the Arab states that recognised Israel could turn out to be far more justified.

If the talks for reviving the nuclear deal with Iran succeed, Israel and some Arab states would not be particularly relieved; on the other hand, tensions and escalation are highly likely should the talks in Vienna fail.

The surprising development, however, is that some regional actors seem to be already anticipating American disengagement. This is doing wonders for stimulating regional dialogue; as the realisation dawns that regional security is best achieved by countries of the region talking to each other instead of looking to shelter behind sometimes unreliable great powers.

For a few months now, Saudi Arabia has been engaged in talks with Iran to relaunch their bilateral relationship and to get some help for a face-saving way out from Yemen. (Although it is also possible that this dialogue may be compromised by the latest wave of executions of Saudi Shia activists carried out in Saudi Arabia this week.)

If Iranians are smart, they should seize the opportunity. For no matter how tempting a Saudi debacle in Yemen could be for the Iranian leadership, it is never wise to humiliate a foe. If Riyadh would then be willing to deal with Tehran on the Lebanese file, too, another imminent disaster could be averted. Iran would do well to grab such an opportunity too. The alternative would be to own a completely devasted and polarised country. Winner takes all is rarely a good recipe for durable stability.

Abu Dhabi’s ruling elite is effectively playing on multiple tables, and is simultaneously reaching out to Turkey, Iran and Syria

Once again, the UAE has been faster and smarter.

Abu Dhabi’s ruling elite is effectively playing on multiple tables, and is simultaneously reaching out to Turkey, Iran and Syria. After long having been at odds with President Recep Tayyip Erdogan on political Islam and the Muslim Brotherhood, Crown Prince Mohammed bin Zayed (MBZ) visited Ankara for the first time in a decade and the Turkish president quickly reciprocated the visit.

MBZ has also dispatched his foreign minister to Damascus and his national security adviser to meet his counterpart in Tehran. The UAE is also insisting, much to US displeasure, in keeping good cooperation with China and even in abstaining from condemning Russia’s incursion into Ukraine at the UN Security Council.

If a (still largely perceived) US disengagement from the Middle East has produced such a flurry of diplomatic activity, what could happen if it should become a reality?

Conventional wisdom about Middle East peace and stability has so far been based on a playbook centred on Pax Americana. It is one built upon American power and leadership. For a long time, this has been a valid benchmark, but after watching the last two decades of US foreign policy in the region, it appears less so. Would a reduced military footprint not be better for the region and the US, especially if it pushes Washington’s allies into assuming more responsibilities?

What if a more sparsely used American power were more effective? Put another way, might it be that US leverage and its soft power in the area have become less effective because they have been used too frequently? Routine generally wears out.

Three years ago, I advocated a new security architecture for the Middle East. At the time the great powers’ role was considered inevitable. But today there is a strong temptation to claim that local actors should be allowed to go on their own; they could hardly do more damage than has already been done by global powers.

What if two main power blocs - the states that recognise Israel and those that take Iran’s lead - finally begin exploring the possibility of finding as much comprehensive common ground as possible and giving up their mutual and poisonous zero-sum games?

Sooner or later, local actors could discover that their old and die-hard rivalries could be replaced by new challenges and threats, such as climate change, increased desertification, highly expensive energy transitions and catastrophic migration flows.

The Middle East’s countries could then perhaps realise, hopefully not too late, that the only way of dealing with them is through regional cooperation.

US Politics
Obama characterised Netanyahu as a 'Putinism' subscriber, transcript says
US Politics
Majority of Americans oppose arms sales to Saudi Arabia, poll finds
US Politics
Top US court to decide if social media firms can be held liable in Islamic State attacks 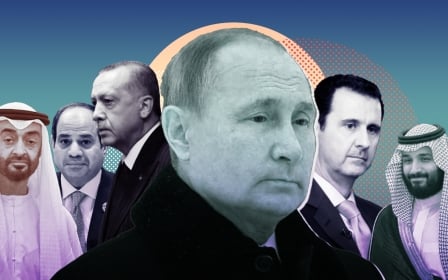 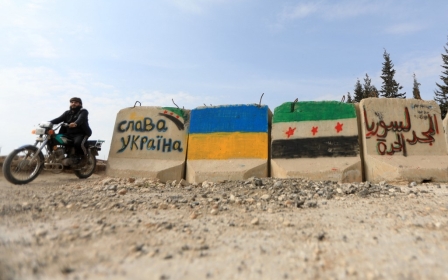 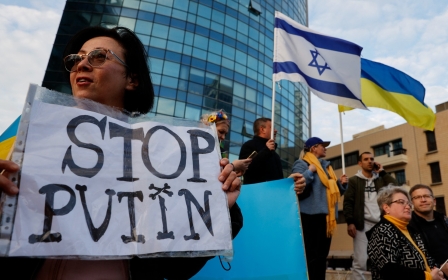