Richard Silverstein
Israel's prime minister will not go quietly. The question for his opponents is whether they can repair the damage he has inflicted 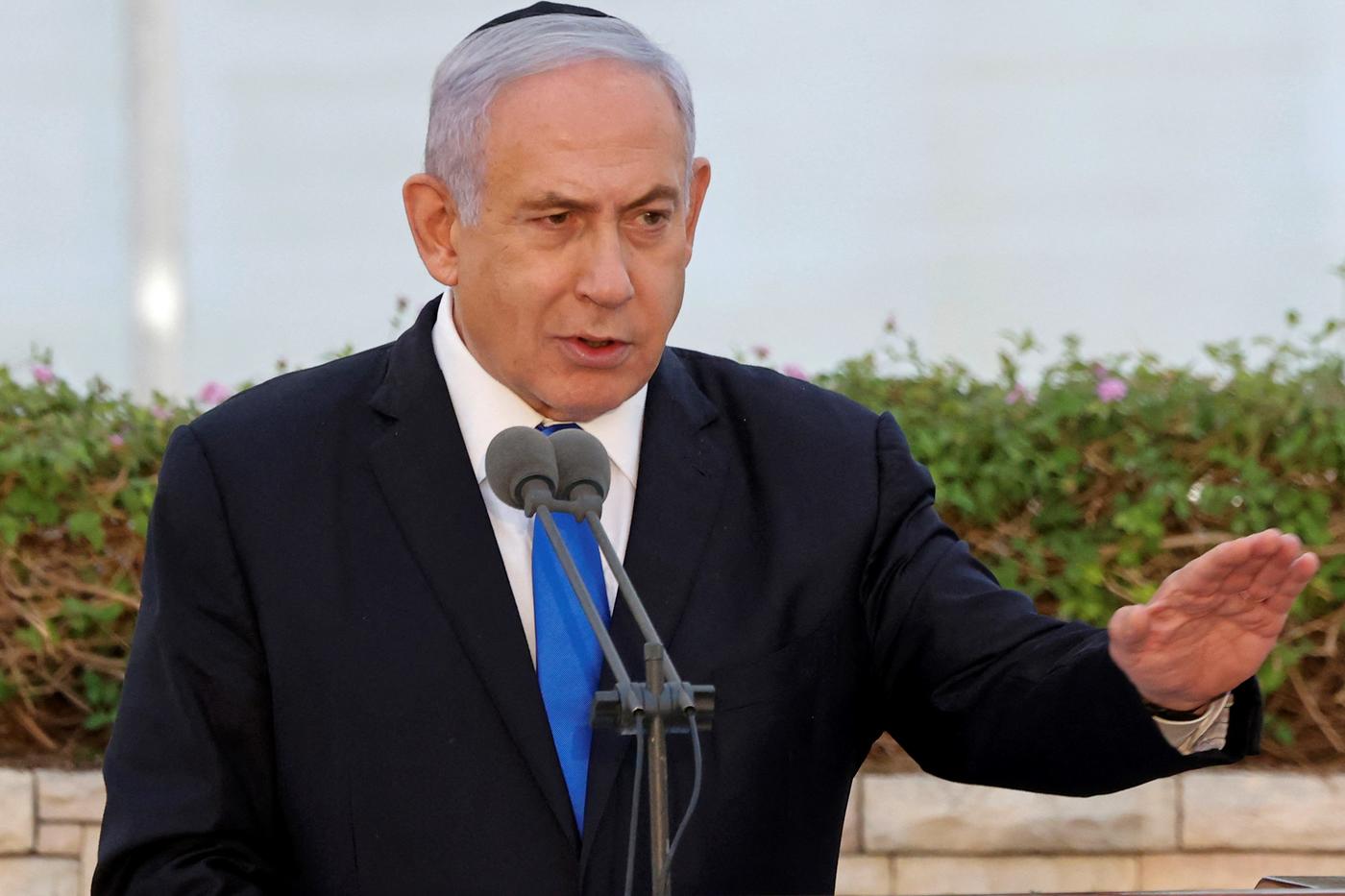 Israeli Prime Minister Benjamin Netanyahu during a memorial ceremony on 26 May, 2021 (AFP)

On Wednesday, Benjamin Netanyahu was toppled from power after 12 consecutive years as Israel’s prime minister. He served an earlier three-year term as well, making him the longest serving leader in the country’s history.

There may well be twists and turns yet to come. The Knesset has not sworn in the new government and Netanyahu may be able to peel off right-wing members of Yair Lapid's coalition. In recent years, it has sometimes felt like everything can be imagined except the end of the man who rules Israel. Even if he is removed, we know he will not be done. But at this point it is worth considering his reign, which has offered little in the way of achievements.

Netanyahu remained in power as long as he did not because he was loved, but because the opposition was fragmented

At home, he ruled by division. Not only did he demonise the usual suspects, such as the leftists and assorted activists, he even raged against human rights groups for testifying to UN tribunals about possible war crimes and passed legislation compelling them to reveal publicly their foreign donors. He demonised his political opponents and went far beyond mere disagreement. Netanyahu's opponents were traitors to the nation. They would sell out the country by permitting a Palestinian state and would be soft on Hamas and let the rockets to fly once again, the prime minister said.

Even within his own Likud Party, Netanyahu tossed away former proteges like stale bread. His chiefs of staff were notorious for becoming his fiercest political rivals. In fact, the prime-minister designate, Naftali Bennett, once served in that very role, as did Avigdor Lieberman, who cut his political teeth under Netanyahu. Even his mentors, like former president Reuven Rivlin, who helped bring him to power, were viewed as threats. When Rivlin ran for president, the prime minister ran an ultimately failed campaign to sabotage his candidacy.

Netanyahu hardly espouses a coherent political programme around which his supporters could rally. He relied mainly on an ultra-nationalist settler ideology that has permeated Israeli society and now dominates the levers of state power. He built tens of thousands of new homes in settlements. Under his rule, the ethnic cleansing of Palestinians continued from their lands both in the West Bank and in East Jerusalem. His goal became, along with his settler patrons, to destroy any possibility of a Palestinian state. In this he was wildly successful. Currently, no political party, even those purporting to be left-wing, has made Palestinian national rights a priority. Centrist and leftist politicians downplay such views. You hardly ever hear support for a two-state solution. The only figures advancing this argument are US Democrats and American Jewish liberal Zionists.

In 2018, Netanyahu shepherded the Nation State Law to its passage in the Knesset. It excluded Palestinian citizens of Israel from any official national status. Arabic was no longer an official state language. Henceforth, Israel was to be a state of - and for - Jews only. Palestinians, who became citizens of the state in 1948, felt deeply disrespected. Their rights, such as they were, have been trampled on. In fact, one can trace the riots which spread like wildfire throughout mixed Jewish-Palestinian towns in Israel last month to this hated legislation.

As part of his longstanding efforts to concentrate power in his hands, Netanyahu succeeded in controlling much of the nation’s media. Some of these efforts involved orchestrating deals in which corporate executives were rewarded financially for offering favourable political coverage. Currently, Netanyahu is on trial on three separate criminal counts. Had the new governing coalition not been formed, a guilty verdict would have forced him to resign.

Regionally, the fear Netanyahu generated among Israelis over external enemies created an artificial sense of cohesion, permitting him to unite the country in the face of such hostile forces. He needed enemies like Iran, Hamas and Hezbollah in order to preserve his hold on the Israeli electorate. He launched a decade-long terror campaign against Tehran and what he claimed was its attempt to gain regional dominance.

In 2014, Netanyahu launched Operation Protective Edge by invading Gaza to stamp out rocket attacks against Israel. Over 2,300 Palestinianis died. The vast majority were civilians. The attack led to a ceasefire, but resolved none of the major outstanding issues dividing Hamas from Israel.

Last month, facing a new onslaught of Hamas missiles fired in response to Israeli police brutality at al-Aqsa Mosque and in solidarity with Palestinian families in Sheikh Jarrah, Netanyahu again mounted an offensive against Gaza. This time, the military operation lasted only 11 days due to the intervention of US President Joe Biden. Hundreds of Palestinians died.

Unlike the previous assaults, neither Israelis nor the world were persuaded by Netanyahu’s claims that Israel was only defending itself from Hamas rockets. Instead, they viewed the merciless Israeli air strikes as acts of aggression against a civilian population. The war had no strategic objective other than helping to keep Netanyahu in power, since his political rivals did not dare to plot against him as long as the country was at war.

As the world turned against Israel, Israelis themselves had grown weary of his belligerence and bellicosity. In particular, they grew weary of the multiple charges of corruption filed against him by the attorney general.

A legacy of hate

Like former US President Donald Trump, Netanyahu has always had the support of a strong minority of Israelis who believe in him no matter what he does. But he never commanded a majority. Instead, like Trump, the majority of Israelis disliked and distrusted him, but never enough to create a unified opposition that could dislodge him from power.

Israel is more divided than it has ever been between rich and poor, secular and religious, Palestinian and Jew, right and left

He remained in power as long as he did not because he was loved, but because the opposition was fragmented, and no-one who could command enough support to topple him rose up. In part, this was due to Netanyahu’s success at smearing his rivals and turning them into damaged goods.

Netanyahu has left a legacy of hate, fear and betrayal in his wake. There is a massive wreckage strewn across the political landscape. Israel is more divided than it has ever been between rich and poor, secular and religious, Palestinian and Jew, right and left. This is a testament to Netanyahu and what he wrought. Even with the new government coming to power, it does not promise to undo the damage, because the coalition itself is an amalgam of political parties with conflicting ideologies and agendas.

The question facing Israel and its new leaders is whether they can repair the damage he inflicted; or whether his influence will linger, and the country will continue the downward slide toward the authoritarian rule he initiated. 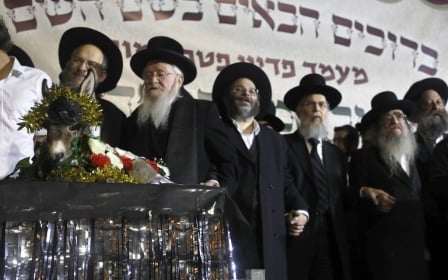