Algeria-Morocco: Diplomatic breakdown comes at the worst time for Rabat 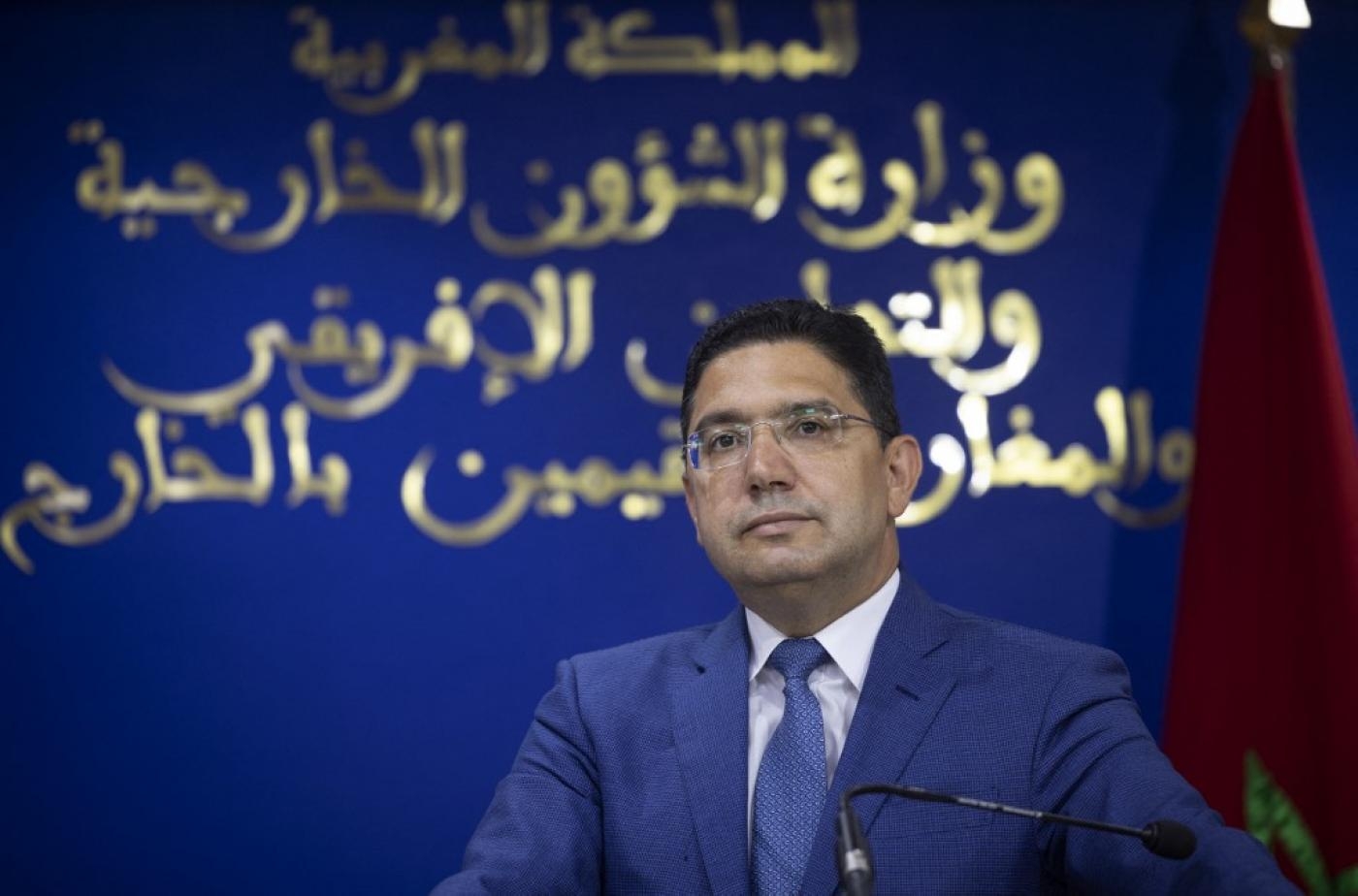 This week, Algeria has severed its diplomatic relations with Morocco. This is no surprise; earlier this week, the Moroccan foreign ministry admitted in a statement that it was expecting it.

These are not favourable times for the regime. The royal palace and its secret services have emerged weakened from the multiple fronts they opened in recent months

The last royal speech on 20 August, in which Mohammed VI made no reference to Algeria, seemed to indicate that Rabat was anticipating such a move.

On 18 July, Algeria recalled its ambassador in Rabat in a row over the Western Sahara. Following the semi-official recognition of the MAK (Movement for the Self-Determination of Kabylia) by the head of the Moroccan diplomatic mission to the United Nations, Omar Hilale, Algeria's foreign office demanded an explanation; their request, however, remained unanswered.

These were all indications of the turbulent times ahead. The recent meeting of the Algerian High Security Council (HCS), chaired by President Abdelmadjid Tebboune, set the tone. The die seemed cast.

Algeria solemnly announced its decision to "review" relations with Rabat and intensify "security controls at the western borders", due to "incessant hostile acts". Such official statements and the militaristion of the border sounded like the beating of the drums of war.

Everyone knew then that diplomatic relations between Morocco and Algeria had reached a breaking point. 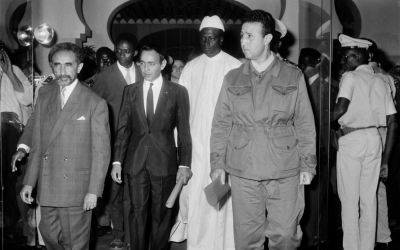 Algeria and Morocco: A relationship with a tense history
Read More »

The long list of grievances invoked this week by the Algerian minister of foreign affairs, Ramtane Lamamra, during a press conference, included every conflict and disagreement between the two countries since the Sand War (1963-1964).

This included the question of the MAK, and of course, the perennial question of the Western Sahara, as well as the normalisation of diplomatic relations between Morocco and Israel. An act presented as an exercise of sovereignty by Morocco – even though the overwhelming majority of the Moroccan people, including the head of the government, opposes it – is considered by Algiers as the last step in the installation of a "Zionist" vanguard in the Maghreb region.

The incredible blunder committed by Israel’s foreign minister, Yair Lapid, who, during an official visit to Rabat, publicly criticised Algeria, was the final straw. A very unfortunate Israeli move, which obviously did not please anyone in Morocco. It is unclear, however, if it was purposefully provoked by the Moroccan foreign office, which is overseen by the royal cabinet, or simply tolerated by them.

The provocation undoubtedly threw oil on the fire at a time when Algiers was already considering its response following the revelations of the Pegasus affair, which implicated the Moroccan secret services in spying, according to Amnesty International and Forbidden Stories, on 6,000 cell phones numbers belonging, amongst others, to senior Algerian officials, using spyware made in Israel.

What will be the fate of Algerians living in Morocco, and what about the Moroccans, particularly the large number of illegal migrants, in Algeria?

The recent Algerian accusations about the collusion between Morocco and MAK activists – now classified as a “terrorist organisation” –which Algeria holds responsible for the forest fires that ravaged the country, alongside the presumed presence of Kabyle militants in Moroccan military training camps, have only exacerbated an already tense situation.

Now that official relations have been severed, one cannot help but worry about what the future holds. What will be the fate of Algerians living in Morocco, and what about the Moroccans, particularly the large number of illegal migrants, in Algeria?

If a scenario resembling that of the 1970s, which saw massive and reciprocal expulsions following the severing of bilateral relations by Rabat in 1976 after Algiers recognised the Sahrawi Arab Democratic Republic (SADR), does not seem on the agenda, nothing guarantees that this will remain the case if the situation were to escalate. And escalate it will.

Another victim of this crisis will be, in all likelihood, the Maghreb-Europe gas pipeline, which links Algeria to Spain via Morocco, and whose contract is set to end in October. During his press conference, Lamamra put the ball in the Algerian oil company Sonatrach’s court, but renewing the contract will be difficult if all ties between the two states continue to be severed.

The severing of diplomatic relations between Algeria and Morocco comes at the worst time for Rabat.

These are not favourable times for the regime. The royal palace and its secret services have emerged weakened from the multiple fronts they opened in recent months. Systematic human rights violations and crass accusations against independent journalists have painted a dismal image of Morocco as an ally and supporter of the West.

The diplomatic offensives against Germany and Spain came to a paltry end. Berlin has resisted pressure from Rabat concerning the conflict in Western Sahara and refuses to put pressure on its judiciary to bring criminal proceedings against the German-Moroccan activist Mohamed Hajib, the bugbear of the Moroccan secret services.

Hajib continues to call for a non-violent uprising against the regime through his YouTube channel and social media. In addition, the public prosecutor's office in Duisburg, the German city where he lives, closed every complaint levelled against him by the General Directorate of Territorial Surveillance (DST), on the basis of “Article 5 of the Basic Law on Freedom of Expression”, as outlined in official documents seen by this author.

The latest complaints, an impressive body of material consisting of seven CDs, 22 videos and almost 200 pages of recriminations, were fully dismissed, twice, in March and May. A few weeks ago, due to lack of progress made in relations to these Moroccan demands, Rabat's ambassador Zohour Alaoui, who had been recalled to Morocco in order to put pressure on Germany, returned to Berlin empty-handed. And almost in secret.

The wrath over this affair in Rabat is such that during his last televised address, the king denounced certain "European countries" for plotting against Morocco. He had Germany in mind.

The standoff with Madrid over the hospitalisation of the leader of the Polisario Front, Brahim Ghali, and the wave of Moroccan citizens who, encouraged by Rabat, stormed into Ceuta, has also been won by Spain. 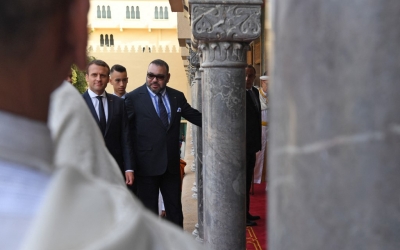 The king of Morocco has had to announce, a few days ago, the beginning of an "unprecedented stage" in Spanish-Moroccan relations. The Moroccan state is making no more demands.

On the other hand, the Spaniards have been demanding for several months a total "redefinition" of these same relations. Before embarking on negotiations, Madrid, which seeks to go beyond simply patching up the current status quo, wants to make sure that upheavals like those in Ceuta do not happen again.

What will this mean? Do the "unprecedented step"  and the "redefinition" mean that Spain, which has declared itself ready to engage in conversations "without limits or taboos" with Rabat, is ready to give in to the demands of its southern neighbour and recognise the Western Sahara as Moroccan?

The Spanish prime minister, Pedro Sanchez, is known for his unscrupulous manoeuvres in order to achieve his goals. Will he be able to cast aside Spain's traditional "neutrality policy" in the conflict and align himself with Morocco’s claims?

In politics, nothing is impossible, especially coming from Sanchez. On the other side of the Atlantic, the Biden administration, despite friendly gestures towards Morocco, will no longer open a consulate in Dakhla, as had been promised by Donald Trump, nor explicitly recognise Moroccan sovereignty over Western Sahara.

Recently, State Department spokesman Ned Price even took the liberty of giving the Moroccan authorities a telling off over shortcomings regarding press freedom in the kingdom, citing, by name, the cases of journalists Omar Radi and Souleiman Raissouni, whose trials have been so filled with irregularities that even Moroccan media outlets have reported on them.

More serious still, Rabat expects an imminent judgment from the European Court of Justice that will confirm once and for all, according to the lawyers of the Polisario Front, the illegality of the fishing agreement between Morocco and the European Union.

In this regard, the resumption of hostilities against the Polisario Front, although limited to a few skirmishes for the moment, risks turning into an open and bloody conflict if the Algerian army gives the Sahrawis serious support. And these are not the only challenges faced by the regime.

The slow and inexorable worsening of social conditions in the country is undeniable, and the prospects of a quick emergence from the current economic crisis are fading as the figures of Covid-19 infections continue to rise at an alarming rate. Similarly, their corollary – the endless extensions of the curfew – remain the order of the day.

Finally, the state of King Mohammed VI's health is worrying. During his Throne Speech at the end of July, which was delivered a day late, the sovereign appeared emaciated and exhausted. When the national anthem was played, everyone noticed that Mohammed VI was pressing two fingers of his right hand on his desk - probably so as not to lose his balance.

During his televised address on 20 August, the king had the same exhausted face, the same bulging eyes. Words escaped him and he had to restart several times to complete his sentences. The only positive note was that although the two saving fingers of his right hand were there, still resting on his desk, he did not have to use them.

According to journalist Ignacio Cembrero, the first foreign correspondent to interview Mohammed VI in 2005 (Moroccan journalists are not granted this honour), the Moroccan head of state has given up on his pleasant summer vacation in northern Morocco this year.

He has been living, according to Cembrero,  as a recluse in his palace in Fez since December 2020. 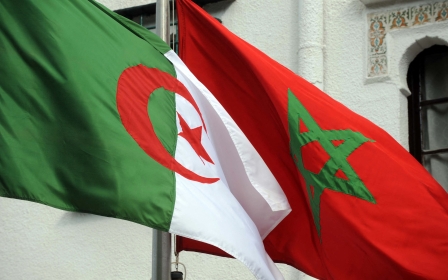 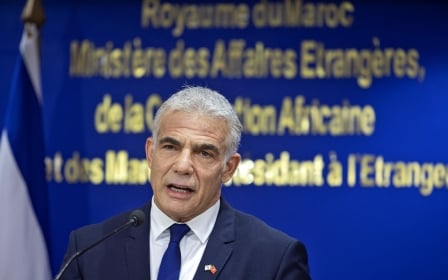 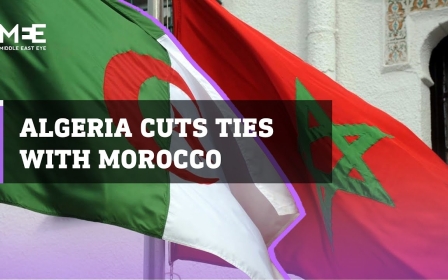